My campervan: 17 things I’ve learnt about rust and trying to stop it

Owning an this LDV Convoy has taught me some stuff about rust, especially in the past few weeks. If you have an old van/campervan/motorhome then this might be useful for you. 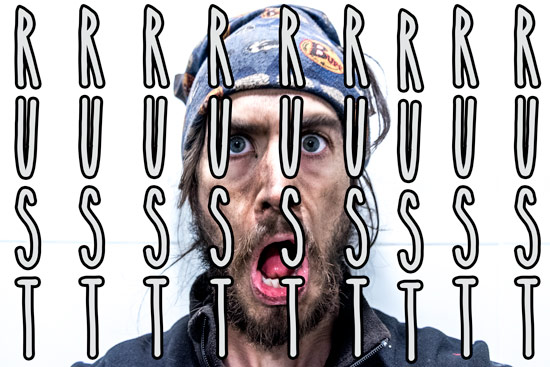 Here are 17 things I’ve learnt about rust and trying to stop it:

1. Rust usually starts from the edges

It’s the edges of metal panels that are more difficult to properly protect. These edges are also more exposed to abrasion and the paint gets knocked and scratch off a lot easier. Rust will easily creep in from here.

It will start from one spot (or edge) and creep under the paint, lifting it at is goes and exposing more and more metal.

3. Metal will not rust without water and oxygen – but it doesn’t need much!

If the metal is just exposed to air, then 65% relative humidity is all that it needs for rust to happen – there does not need to be direct contact with water.

4. Rust will start immediately after metal is exposed

You can see small dots of appear after just a few hours and probably less time under a microscope. As soon as metal is exposed, it needs to be painted.

5. Seams should be filled with seam sealer or flexible sealant

Paint often cracks between the seams of panels, or the corners of panels such as steps where it can flex slightly and break the paint. This is where flexible sealant is useful. You can paint over it afterwards

6. If you can see a little bit of rust there will probably be a load more

Once rust finds its way to some exposed metal it will not stop! unless you stop it.

7. When you see rust come though paint work it’s usually because the rust has penetrated the full panel from the other side

Painting over these that rust specks is useless because the problem is on the other side of the panel.

8. You can either use a rust converter or a rust remover – these are two different products

For example, the Aquasteel rust converter neutralises the rust reaction and forms a latex layer over the top – it makes the final coat last a bit longer but that’s all. Rust converter, for example Jenkins, is a kind of acid that will disolve the rust and completely remove it, as long as the rust hasn’t fully penetrated the panel.

9. Ideally, rust should be completely removed

I think for body work, rust should be completely removed – it’s easy to get to and is usually a nice flat(ish) surface. But there are many places where it’s just too difficult to get to to remove every bit of rust (without dismantling), in which case rust converter and paint is probably the next best thing along with regular inspection for new rust.

10. Preparation is just as important than the paint itself

If you don’t want to be repainting every few months then it’s worth spending time properly preparing the area – removing rust and washing down with a detergent and removing all dust, grit, grease and dirt. A very smooth surface is important.

11. All it takes is one tiny little imperfection in the paint

One little bit of grit or dirt or grease will eventually cause a failure in the paint. And that’s where the rust will start from.

12. Rust will cause more rust

It’s not that rust is some kind of chemical catalyst for more rust. It’s a mechanical thing. Rust will quickly make the paint come off exposing more and more fresh metal to air and water as it goes along. It will also cause water tight seams to fail exposing more of the sections and areas that were not exposed before.

Water doesn’t run off a rusted surface very well. It’s rough and water gets held in the small pits

15. Having the right tools helps a lot with rust removal

It takes a lot of time and elbow grease to remove rust on a van, but having the right tools really helps. I’ve found the best all round rust removal tool is a twist wheel wire brush for an angle grinder. For difficult corners and edges, a wheel and cup brush on a normal electric drill works OK but it doesn’t take nearly as much off as the angle grinder. A flap disk (60-120 grit) is also very effective at removing deeply pitted rust but it can take away a lot of metal with it.

I spent the past year thinking that I’ll just sort out those tiny spots of rust in one go – at the end of the year. That’s not how to do it and I’ve learnt my lesson. Now as soon as I see a little speck of rust, I’ll sort it out before it gets worse.

17. Steel is only a temporary state

Steel is so hard and heavy, how could it just disappear into a flakey red dust? Well it does. That’s its natural state – Iron Oxide – rust. Like everything we create we have to constantly put effort in to keep it that way… otherwise nature takes over and it goes back to how it’s meant to be.

Conclusion (and my lesson)

Unless disassembled, shot blasted and professionally treated, my van (and old vehicles) require a constant effort to keep rust from eating away at the panels. By the way, I know my van was made in 2003 but it’s basically a design from the 70s, mostly with the same parts and materials. It is an old van!

My van is an excellent runner and these LDVs are built to withstand a beating. The only problem is the way the panels were built. Water gets trapped everywhere. It’s a shame that such a great van would fail because of this. I feel like it’s such a minor thing to solve in terms of design, yet the result is severe and can write off the whole vehicle.

Did anyone work at the Birmingham LDV factory? Did anyone talk about trapped water and rust?

Anyway, please feel free to add to this list (or any of my points) in the comments 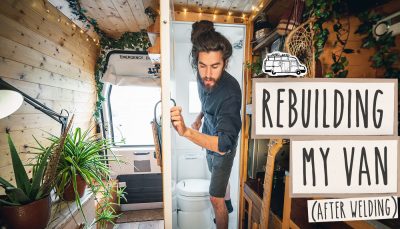 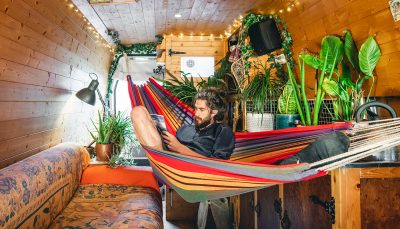 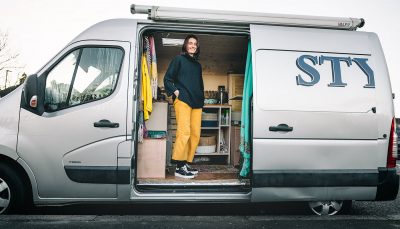 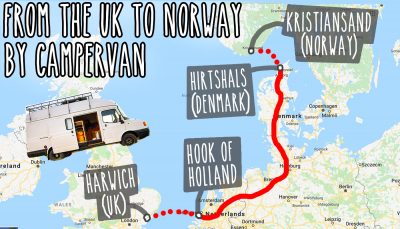