This is where things get exciting. Things start to look and feel like a home! I tried the van out the other night and being able to wake up and make a cup of tea really made me realise I have everything in here to live pretty nicely – maybe more so than my house.

What makes a kitchen?

a room or area where food is prepared and cooked

Heres what the kitchen will consist of:

I bought 3 sheets of 30cm x 30cm porcelain black mosaic tiles at £3.25 a sheet from intermosaics. They were a bit tricky to lay since the surface needs to be relatively level and the cladding wall also has a curve to it.

The sink and hob unit is from a caravan with cupboards and frame made by me and Matt. See my other post on the kitchen cupboards. It designed to be installed any way round. Matt swapped it round (moved tap and flipped the grill knobs to the other side) so the hob was next to the sliding side door. 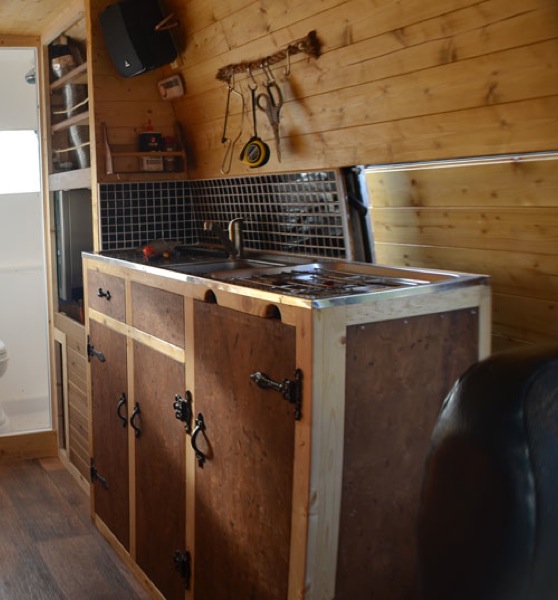 All this burning gas, boiling water and cooking will need to be vented. This seemed like the neatest and easiest solution I could find but ideally I’d have a proper pop up roof vent. This small fan is quite powerful but due to the size, it doesn’t move as much air as I’d like, to keep up with the steam from cooking. Looks like I’ll open my side door as well when cooking.

I need somewhere for my cumin, turmeric and 2in1 oil. I made this out of the left over bits from the cupboard doors

This happened by chance. In my box of bits there was this rope and some hooks. I noticed a hook had attached to the rope and fitted really well so I took it as a sign and made a thing out of it to hang utensils or cured joints of ham. 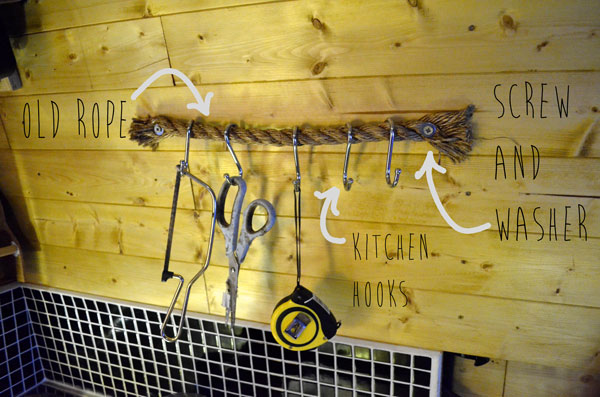 I stuck down one of those knife magnets inside the draw in an attempt to keep things from clattering about. 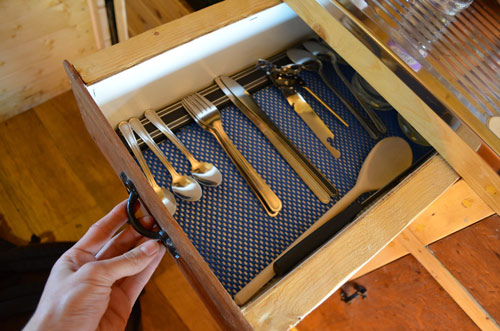 I didn’t see the point in having a proper bin – they just take up space when empty. I fixed some hooks on the inside of the kitchen cupboard to hang a rubbish bag on. Simply does it!

Probably a good idea when cooking under all this wood. A bought a 1KG power fire extinguisher as well but to be honest, I doubt it’d do much good on anything other than a really small fire. 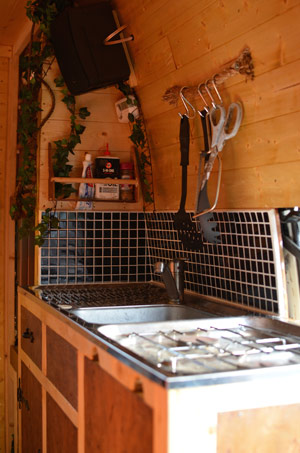 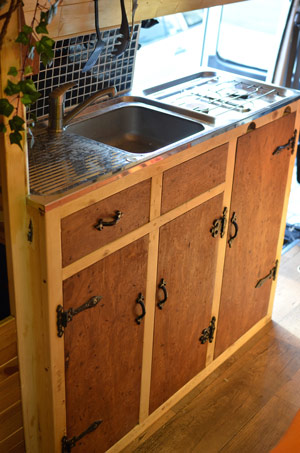 The shelves – once lived in 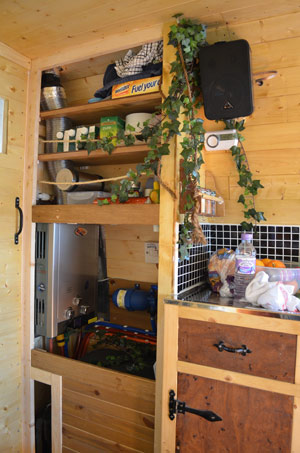