Morocco has over 5000 monkeys (Barbary Macaque) living wild in the mountains. We went to go and find some.

Here is our meeting with the wild monkeys living in Morocco’s Cedar Forest (near Azrou) and the spots where you’ll find them – see last picture. This post was originally about the cedar forest, with the monkeys as a bonus, but I lost the photos so now it’s just monkeys.

Also see: The Sahara desert by campervan and camel

The Cedar Forest is here 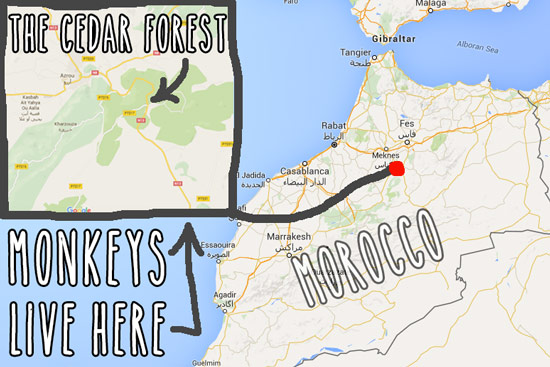 We got some bananas 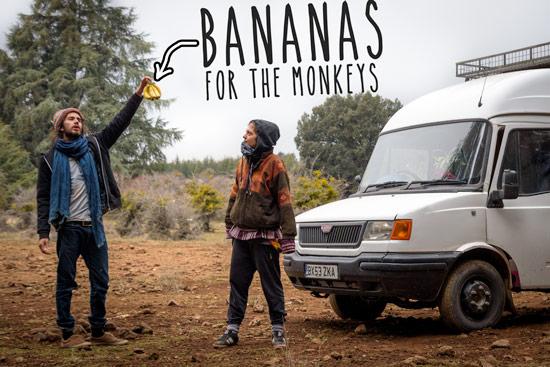 The monkeys come down from the trees 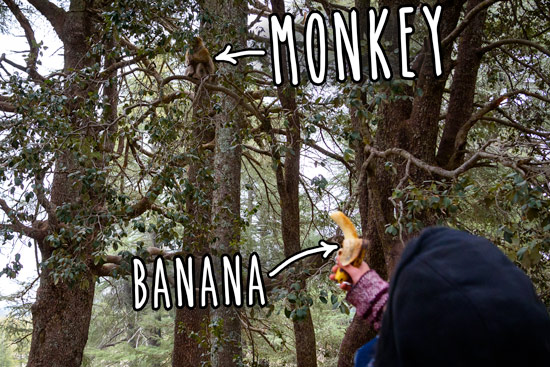 They take food right from your hand 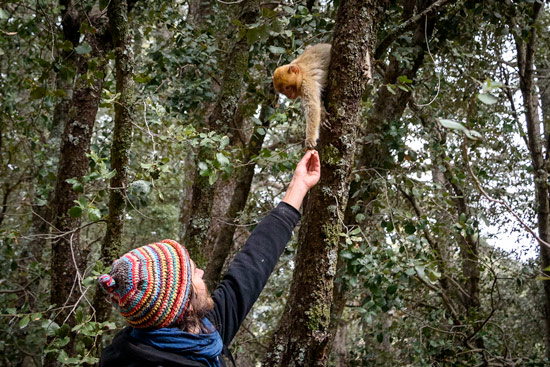 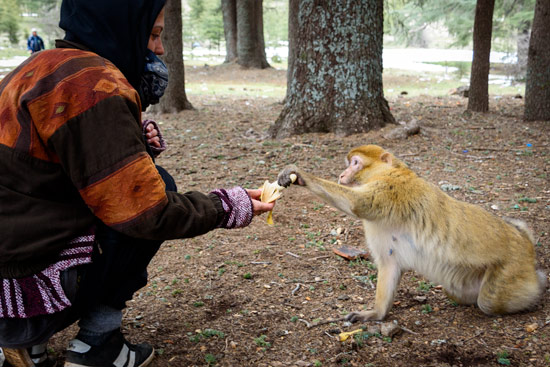 They don’t mess about 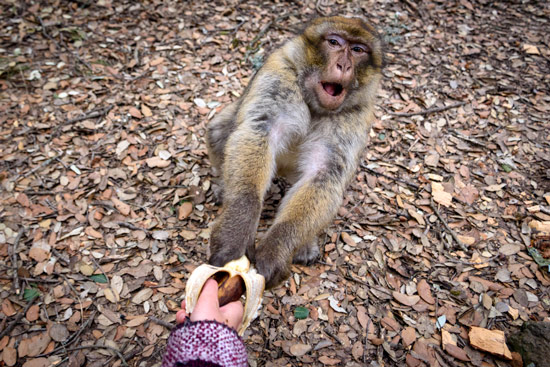 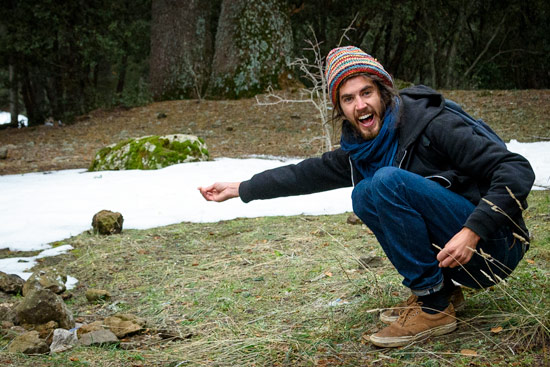 The monkey is a Barbary Macaque 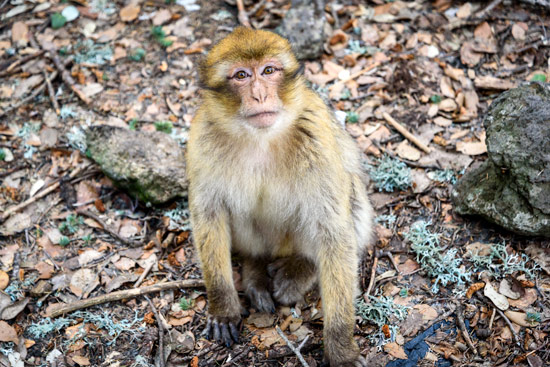 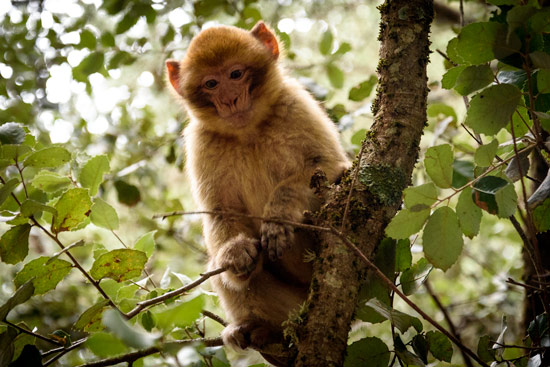 They live in troops of about 30, led by the females 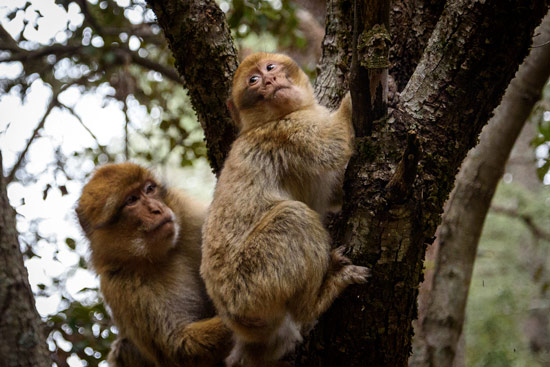 Here’s a young one 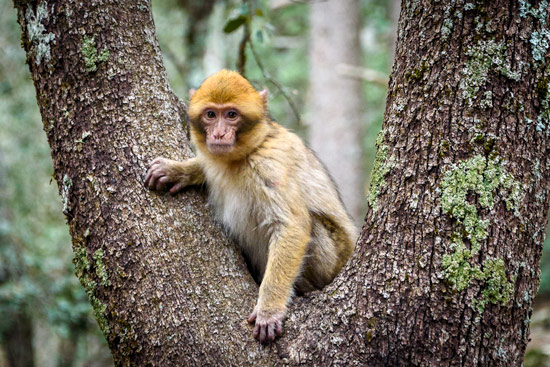 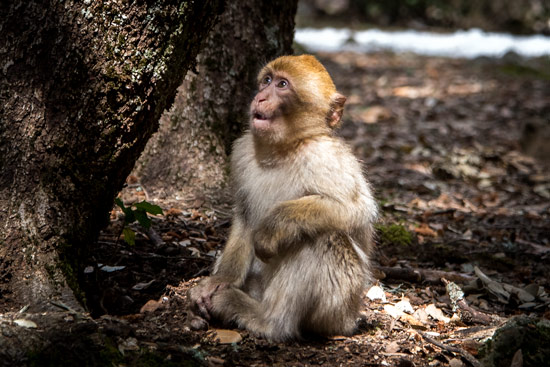 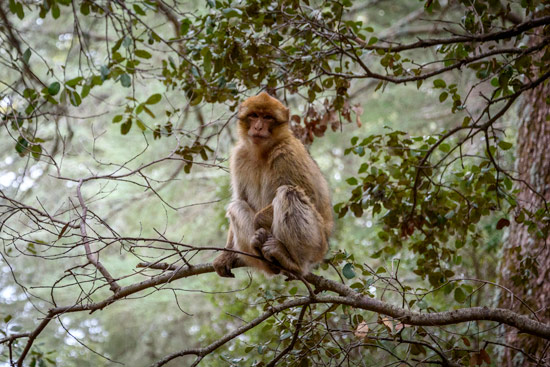 Where to find the monkeys

If you drive down the main road south of Azrou you’ll probably spot at least one group of monkeys. I’ve marked on the map below where we found them in large groups. 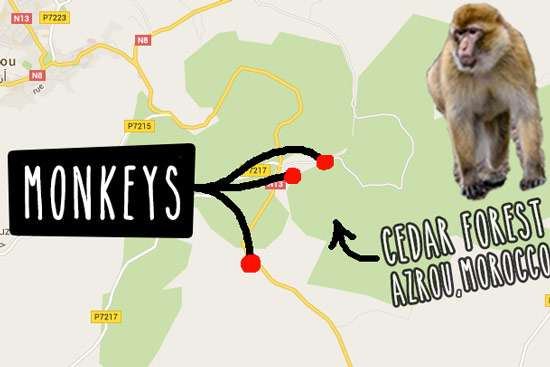 But apparently you shouldn’t feed the monkeys bananas

I found out afterwards that human bananas have much more sugar than normal bananas (what is a normal banana?) and we shouldn’t feed them to the monkeys. I didn’t know that and I still don’t know if it’s true. Is it? But a Moroccan guy was selling packs of cookies to feed them!!!

Thinking about it, we probably should be feeding them at all.

From Desert to forest

We came here after being in the Sahara desert (see post). The difference between the desert and the lush green cedar forests in the middle atlas is amazing. We went from hot, dry sandy desert to humid, green forest with snow! It’s like a totally different country.

There are loads of places to wildcamp in this forest if you take any of the tracks that go off the main (N13) road. Quite cold though at 1800m.