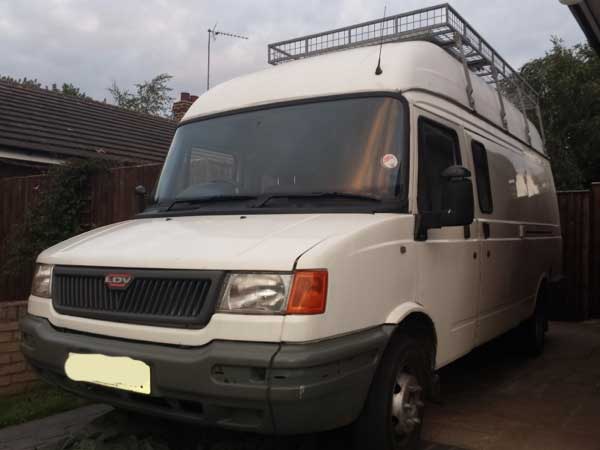 I saw this on Ebay. Its the newer Convoy (2003) with the 2.4L Ford Duratorq engine. It was a bit over the average price since the common problems had been sorted out such as new starter motor, problematic DMF changed to fixed, new clutch, brake lines, shoes, kingpins, tyres etc. The dual mass flywheel is a known problem on these engines (and many other modern diesels) and when it completely fails it will jam the starter motor stopping the engine from starting at all.

This has been converted to a single mass flywheel (taken from the ‘banana engine’ found in the older Convoys). Apparently this has few disadvantages such as gear changes not being so smooth and engine noise being louder but I’d trade that in for reliability any day.

This thing is an LDV Convoy. This means it rusts like mad, leaks and rattles your bones.

The most reliable van?

Apparently LDVs suffer the smallest amount of breakdowns, while Vauxhall vehicles come last. More than 2000 vans were surveyed, It was found that 22% of LDVs suffer a fault each year. Vauxhalls came out the least reliable with more than 50% breaking down every year. This sounds like a crazy amount to me!

The most frequent faults documented on LDVS are suspension destruction, often due to speed humps in addition to potholes, accounting for nearly one tenth of mechanic visits. Also, problems with the fuel system and electronics are apparently most common.

Ripped everything out and started with a blank panel van. This marks the beginning of the build! 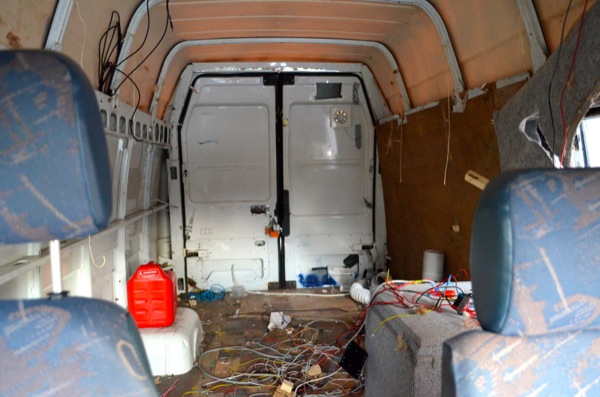