It was the events that took place here 25 years ago, on this bit of remote countryside in England, that sparked my interest in the whole van thing – back when I was in school! I’ll explain at the end of this post.

So let me show you Castlemorton Common…

You go down some of these roads 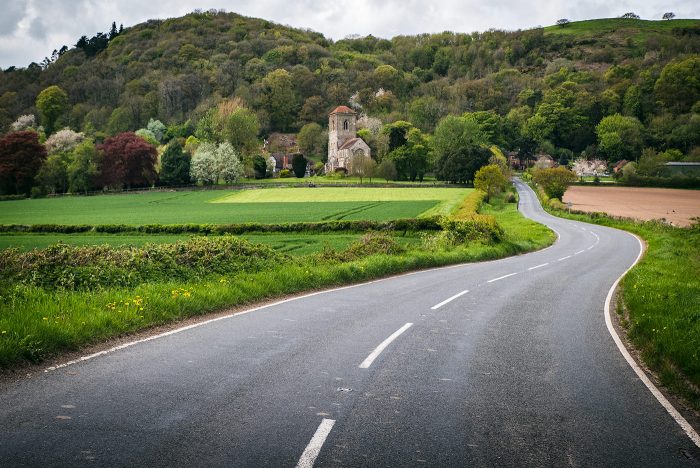 Until you get to Castlemorton Common 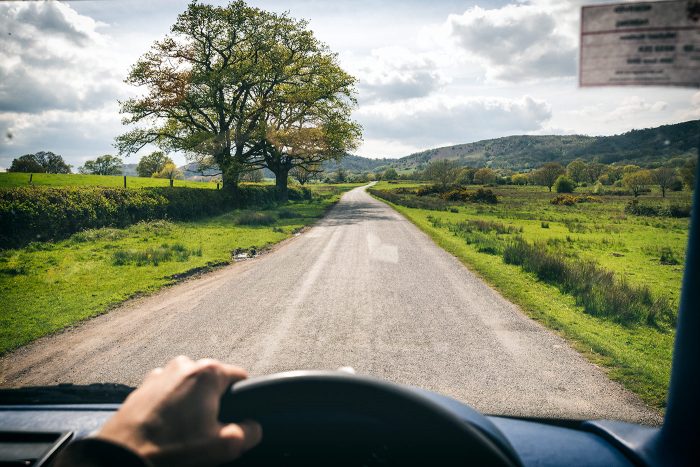 This is where it is… 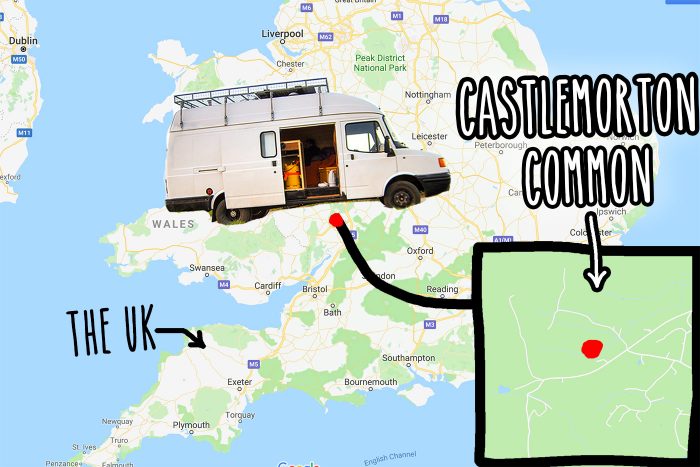 You can drive straight from the road onto the common 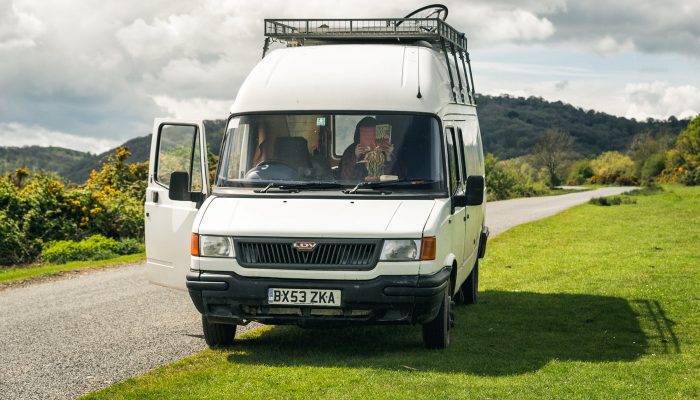 I had no problem camping here

Common land, in the UK, usually means you have the right to roam 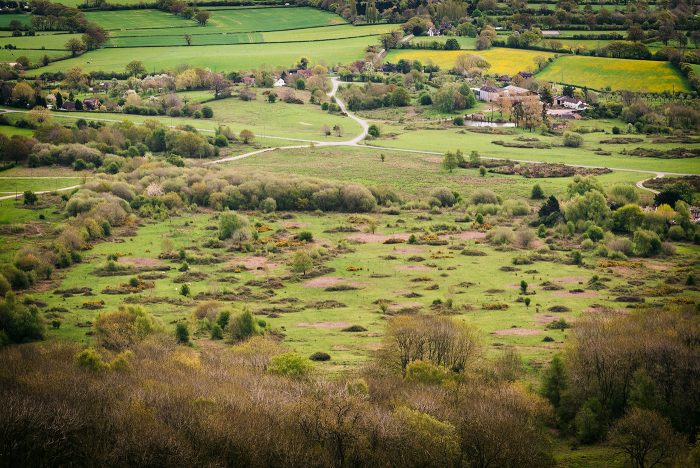 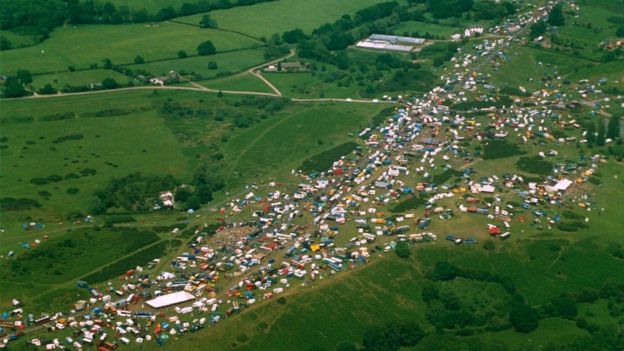 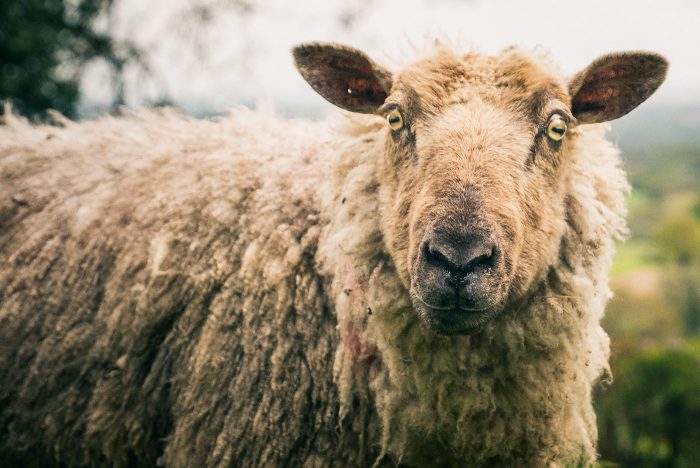 I stayed here for a few days 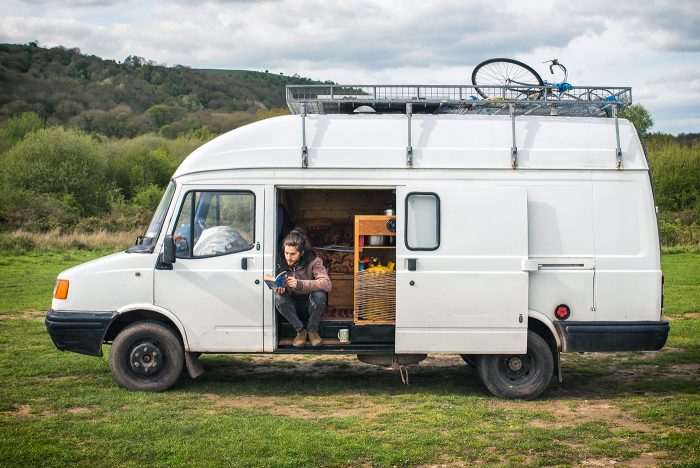 Bike off the roof. Explore

This is the nearby Malvern Hills 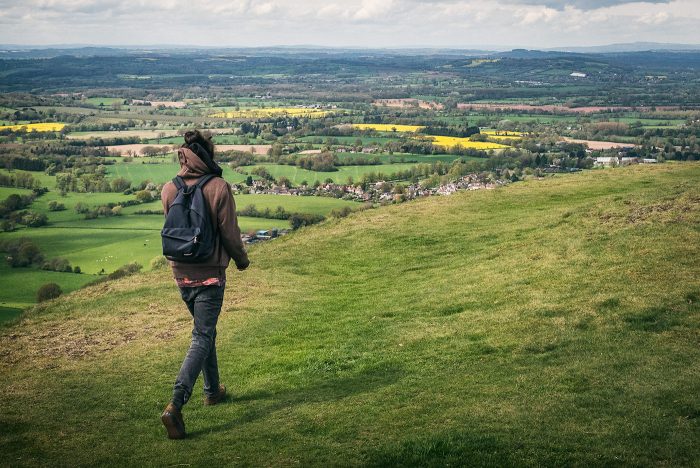 Formed 680 million years ago, this was Britain’s biggest volcanic range 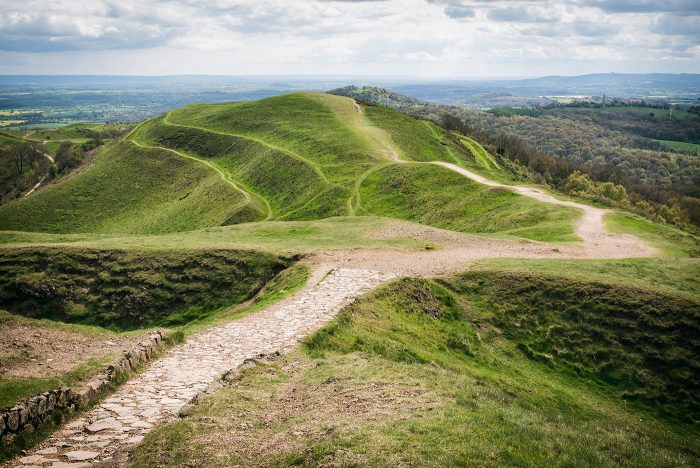 360 view of some of the best English countryside 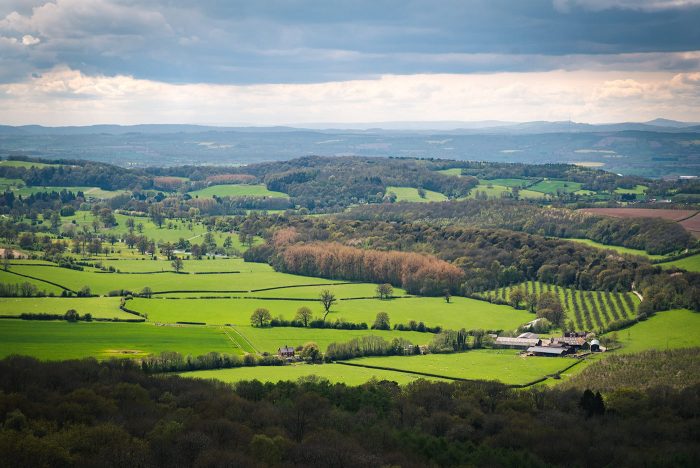 The historic town of Malvern is down the road

But I think I prefer it here 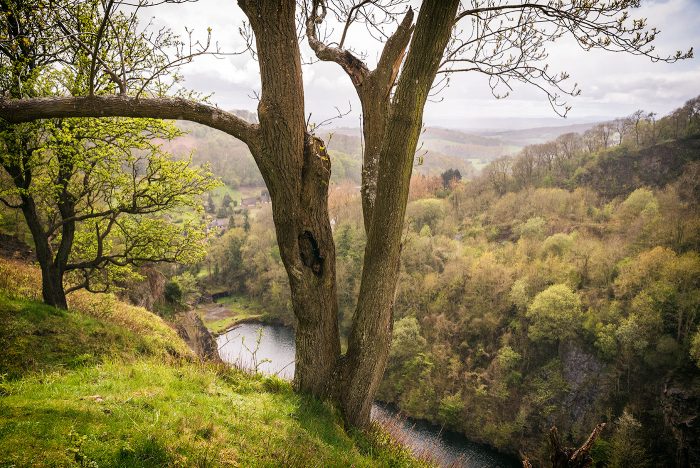 Watching the sky go by

25 years ago over 30000 people in buses, trucks and van-homes came here, to Castlemorton Common, this remote bit of countryside in England, equipped with huge soundsystems and generators, to have a massive week-long gathering. It was called the Castlemorton Free-festival.

I was reading about this whilst I was in School, fascinated by the photographs: people living in all kinds of vehicles that they’d converted themselves. That’s where my interest in the whole van thing started.

But things got a bit out of control. What started as a free-festival turned into a full-on rave when some of the biggest travelling soundsystems came and setup. The crowd only grew as the event got covered on national TV and the news.

It was this that led to the Criminal Justice and Public Order Act 1994, which made things difficult for people living alternative lifestyles in England – for many it meant the end of living and travelling in their vehicles. Many left the country and I’ve even met some of them on my travels. They never returned to England.

Anyway, I recommend this beautiful bit of English countryside if you’re nearby in your van. The locals seem to be van friendly also.

P.S. Maybe you were at the Castlemorton free-festival? let us know in the comments below