Breaking down. It’s the main thing I worry about. I don’t have breakdown cover, I can’t speak any other language, a mechanic is expensive and, well, this is where I live.

After 15 months on the road the van finally broke down in the Czech countryside. It turned out to be a faulty alternator – nothing too serious but enough to make the engine not run. In this post I’ll go through what happened and how I sorted it out.

The red battery light came on the dashboard which usually means there is a low voltage on the battery. This shouldn’t happen whilst the engine is running because the alternator should be providing enough power for the engine and to charge the battery.

I stopped to test the Alternator

The alternator was dead

I did some extra checks of the wiring and connections from the alternator to the battery (this would be an easy fix). But that was all OK. Now I was fairly certain that it was the alternator that was the problem – not giving any power. I camped by the river for a couple of days to figure out what I’d do. Here’s what I did:

I found the OEM number (This should be recognised by all car part suppliers) of an LDV Convoy alternator on ebay. I had to find this number myself because no one has a clue what an LDV Convoy is. I biked to a car parts shop and ordered a new alternator. He got it the next morning.

I used the last bit of battery to drive to the car parts shop. I’d never changed an alternator before so I thought I should do it somewhere where I could easily get more parts, tools or help if I needed. I used the carpark.

This was a bit tricky. You have to pull back the spring loaded tensioner wheel to get the belt off. The old belt was worn down to the wire so I bought a new one whilst I was at it. 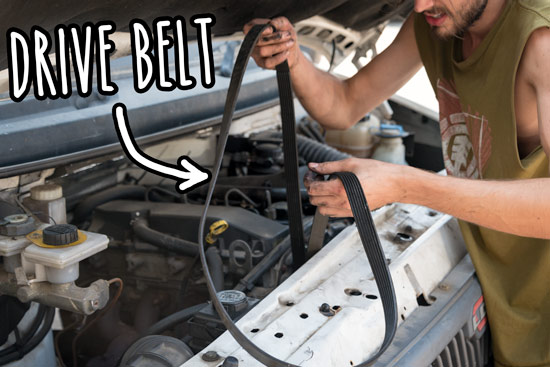 First I disconnected the battery to avoid a short circuit when removing the alternator. I removed the 3 mounting bolts, one wire harness and one positive wire on the alternator. It’s nothing difficult but the bolts were tight and a bit awkward to get to. I used a tube over the spanner to get more leverage. 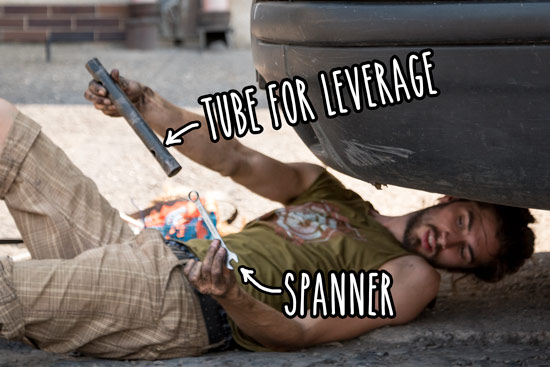 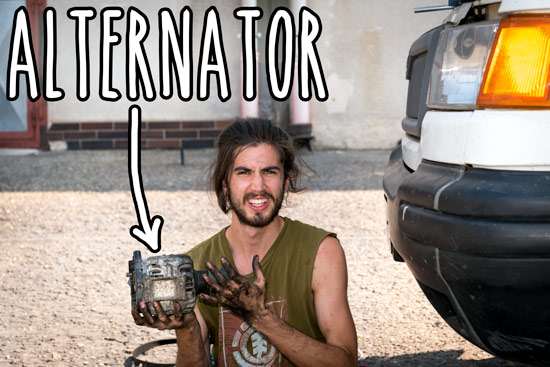 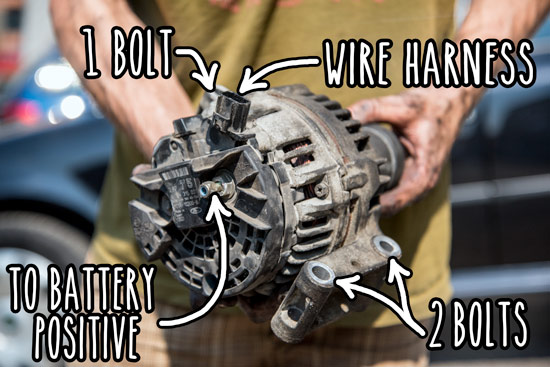 Step 5: Double check they are the right parts

I took the old belt and alternator into the shop before I paid and got the guy to double check that they were the right parts. All good. 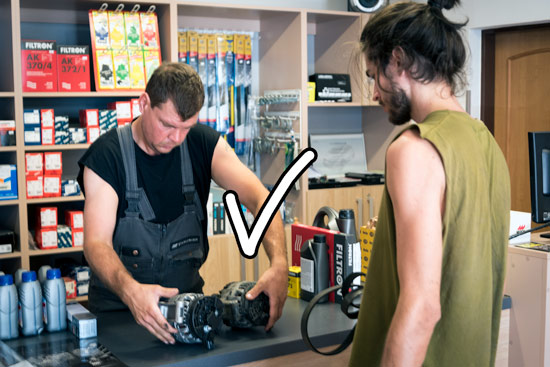 I put the 3 mounting bolts back in and connected the alternator wires back before reconnecting the starter battery. 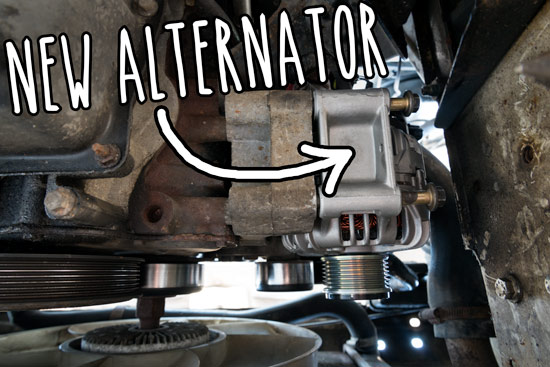 I looked at the diagram of my engine to see how the belt goes back. I triple checked it before starting the engine. 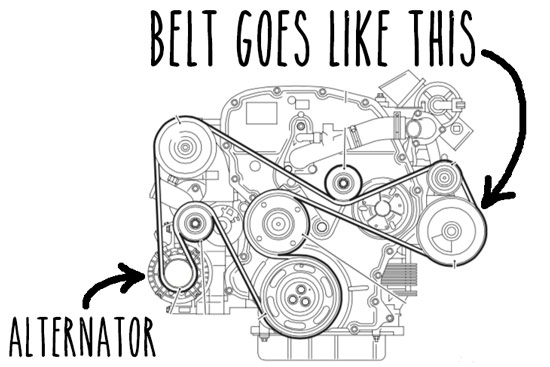 It works! That’s a nice feeling 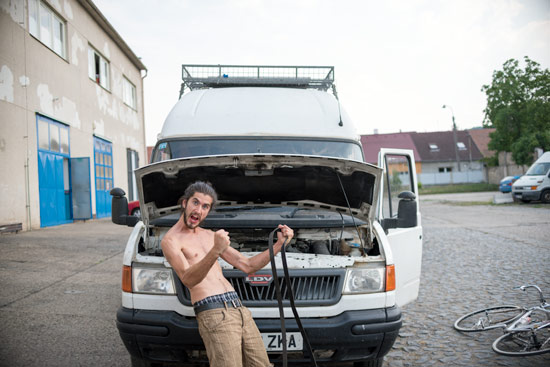 The guy told me to come in and wash my hands. Nice one 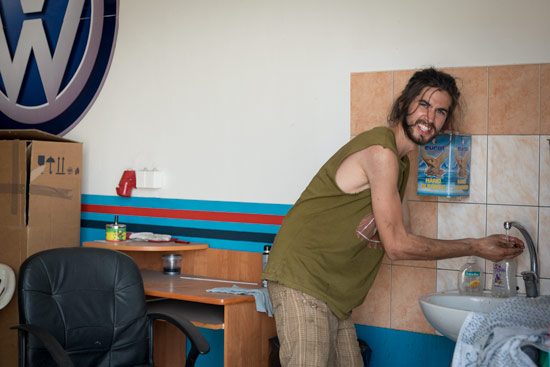 Back on the road

The total cost was 260 euros (£185) for a new alternator and a new drive belt. I guess £185 after 15 months on the road is not too bad. This is the first time I’ve fixed an engine on the spot like this and It’s given me a bit of confidence – car parts are everywhere and just a tiny bit of engine knowledge can go far. You might remember before I set off I spent quite a while studying my engine (this post)

I’m going to say this again: if you bought my ebook, thank you! Without the blog and without you reading it I just wouldn’t be able to go and easily buy new parts like this to stay on the road.

But maybe I should still get breakdown cover?

79 Comments
wpDiscuz
16
0
Share your thoughts in the comments below...x