How to wash clothes whilst travelling 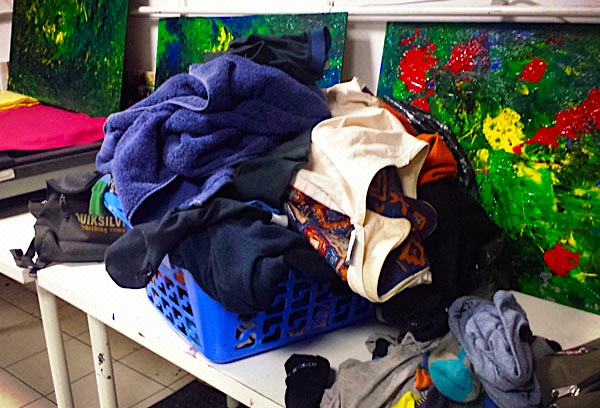 How do you wash clothes? are you a gypsie?

This is one of many posts where I will cover some of the practical bits of living and travelling in a van.  Apparently people want to know all about the boring stuff as well.

Here’s how I’ve been washing clothes whilst travelling Europe:

I only use these if I’m desperate. In Spain we paid 4Euro for a wash and another 4 for drying, which is worth it if you manage to fit in a load of stuff (sleeping bags, bedding etc.) and share with a friend but otherwise, I’d rather spend the money on like… Avocados 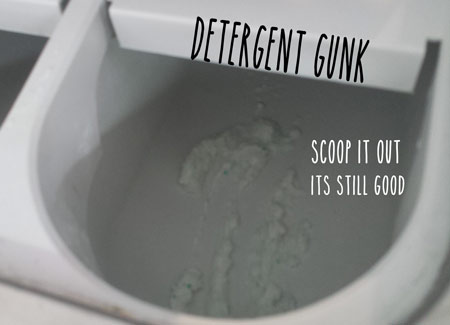 Vandog tip: At most self-service laundrettes you need to provide your own detergent. There is usually leftover detergent in at least one machine – you know where it all collects and turns into gunk? Just scoop it up and use it. Go round all the machines and collect more for later. Scrimperdog!

The cleaner the better. This one was a hot spring in Spain. It was fairly clean but it had a lot of sulphur in it which means you may stink of eggs for a while.

My van has a 70L water tank on board. I can do a full hand wash in the bucket with just under 15L. The on board water supply has to be used sparingly so I only do this if I’m near a fuel station or other source of water to fill up with. 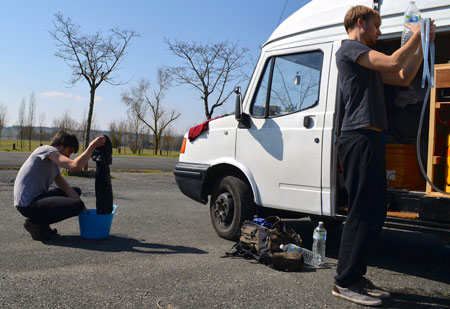 Most beaches have showers, or at least taps. We filled a tub with water and sat on the beach washing our clothes. It’s pretty relaxing 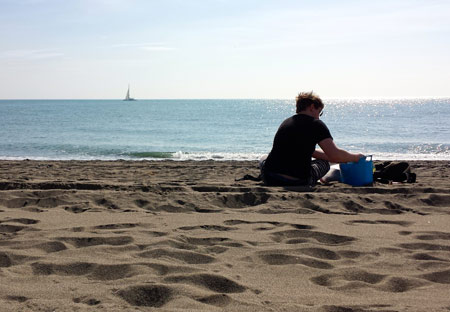 There are quite a few of these wells in Spain (with taps on of course) although they seem to be dotted around in some really random places, you just have to keep an eye out. 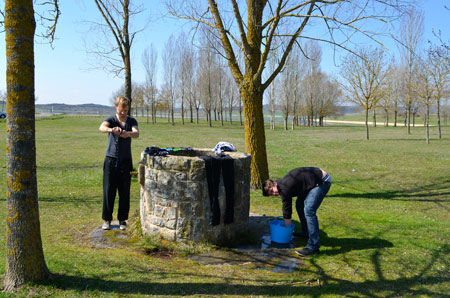 Most backpacker/travellers hostels will allow you to use their washing machines – some hostels have coin-operated machines. Someone I met says he goes and finds the most expensive hotel he can and asks them nicely if he can put his clothes in with their washing. He said they often fold his clothes for him!

Some big student apartments have washing machines on the bottom floor. The ones I’ve seen you still have to pay but nowhere near as expensive as the laundrettes; about 2Euro for the wash and 1Euro for the dryer. You’ll need to provide your own detergent so use that tip I mentioned above. Alternatively, look in the cupboards, detergent msy be hidden somewhere but remember to leave a few cent if you use some.

Suggestions and ideas welcome in the comments below…

79 Comments
wpDiscuz
10
0
Share your thoughts in the comments below...x