Living in a van – I am off-grid 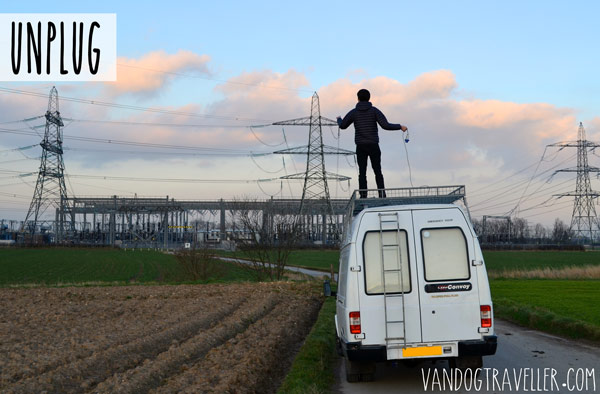 Throughout the conversion of the van, I was reading a book called [amazon text=Off-grid by Nick Rosen&localise=0&search_link=0&multi_cc=0&live=0&asin=B004ZLS6QA]. My plan wasn’t to intentionally be off-grid but as I read the book I realised that I was probably heading into this territory without really knowing – although nothing quite as amazing as some of the people in the book.

I kind of forgot about the off-grid thing until the other night whilst staying in some hills not far from Granada, Spain. I was sat in darkness on the roof of the van looking out to the flickering city lights in the distance when I had quite an overwhelming feeling; I am off-grid, I’m doing it! I felt like I had just learned to ride a bike without stabilisers all over again – a huge sense of accomplishment and a crazy feeling of freedom.

Being off-grid probably isn’t the easiest way to live but it does seem to offer choice and much freedom with no white lines or boundaries. I can position the van, my home, wherever I want; I can have the sunset in the back window, the mountains in the front window AND I can live here comfortably with everything I need (apart from a good internet connection). It is (temporary) freedom and I cannot believe my luck.

Electricity, water and gas are vital things I need to live comfortably with Internet now being quite a luxury. I can spend about 12 days off-grid before having to get more water and probably over a month if I am near a spring or well. For those of you asking, here’s a bit more info on how I’ve been getting on with what is now, I guess, an off-grid setup.

For me this is probably the most exciting one – power from the sun. I have been living for 3 weeks now using 2x100W solar panels to power all the my electrical needs via two big 220Ah batteries. After some tweaks, the solar powered electrical system is completely self sufficient and almost maintenance free.  I’m not exactly frugal with the electricity either and there have been 3 of us living in here for more than half the time. Here’s some of the stuff that gets powered:

The system easily copes with this and the batteries are usually fully charged by the time I wake up in the morning (although there has been a lot of sun). I estimate the usage to be about 60-70Ah a day (24hr).

I do have a backup in place to charge the batteries from the alternator or mains hook-up cable but have not yet had to use either. See post on the electrical stuff

I read that the average person uses 160L of water a day! Water supply is something I just didn’t really think about in a house and I’m sure I’m not the only one.  My water tank in the van is 70L, which is used for cooking, shower, coffee, washing dishes, and drinking if we have no bottled water. Learning how to be frugal with water is an on-going challenge, although I think I’ve come far in the last few weeks. Ross and me have made a 50L last over one week whilst at the Dragoff festival in Spain. OK, showering was at a bare minimum (there is a hot spring and river for washing) but making 50L last a week between two people has required constant care and thought whenever you reach for the tap. See post on water system

The refillable cylinder can store 11KG of LPG (aka Autogas or GPL), which equates to about 17.5L of gas with the 80% fill restriction applied. During the first 2 weeks when there were 3 of us in the van, our total gas usage in that time was 4.5L for a lot of cooking, tea/coffee and heater.  I was amazed when I went to top it up after 2 weeks expecting it to be nearly empty, it cost just over 3Euro to fill it up at around at 0.70 Euro per litre.

The convenience of just topping up the cylinder at any time at a normal petrol station makes the initial cost of the refillable gas cylinder completely worth the extra initial cost in my opinion. See the post on installing the gas stuff

This is a problem! I’ve always been able to get connected Internet everywhere I go – its just there, like water. There have been countless times when I just need to check something on the Internet but have not been able to get any connection or I’d have to drive around looking for a WIFI signal, pointing my antenna at apartments, cafes, hotels, Mcdonalds (always have WIFI). This usually means I have very limited online time since I cannot be hanging around at the side of a road in the van for too long.

At the moment I am using a 14dB directional Yagi antenna, which does work well (distance wise) but I still have to rely on there being a WIFI connection. I need a better solution.

I think I may have to look at getting a 3G Internet dongle thing. If anyone has any suggestions or recommendations then please let me know. 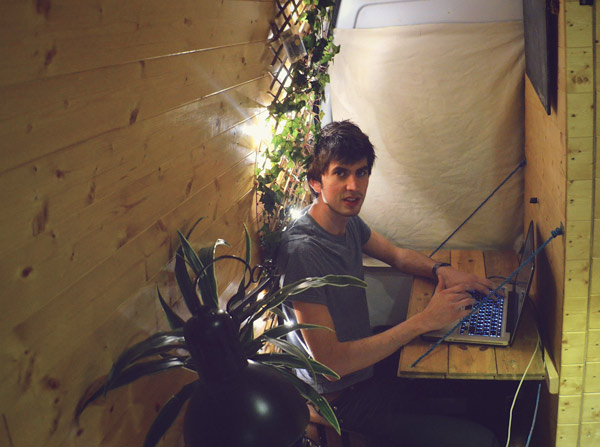 I never really thought it was possible to be this disconnected. I’m sorry for the emails I haven’t yet replied to and to the people checking my site asking where I am and why I haven’t posted anything in a while. I have a backlog of posts on my computer but I guess they are useless without an Internet connection. Hopefully this is just a temporary problem…

79 Comments
wpDiscuz
23
0
Share your thoughts in the comments below...x