Crossed the Corinth canal the other day. It’s pretty impressive.

What is it? The Corinth Canal separates the Greek mainland from the Peloponnese. It was built to provide a much shorter route for boats travelling west of Greece (joins the Ionian and the Aegean Sea) but is now of little importance because it is not wide enough to accommodate most modern ships (see last pic).

It’s now mainly used for bungee jumping into, flying planes through for fun and squeezing cruise ships down… 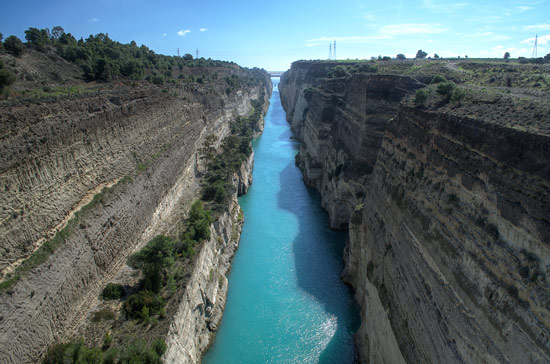 The idea to build this canal started over 2000 years ago but was only completed in the late 19th century after several attempts. There’s loads of info about this canal on the net (like here) and has an interesting history, but did you hear about the 57 year old pilot who flew a plane through it? – see here 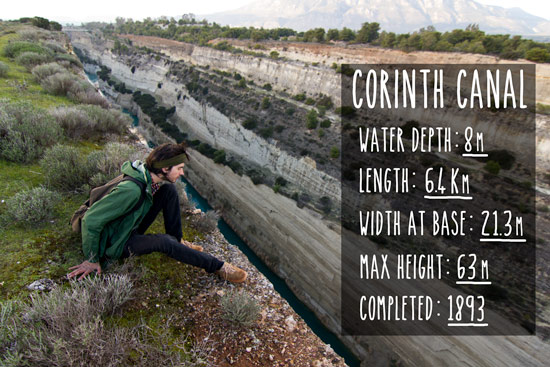 So I’m back on the road and exploring the Peloponnese with Marti. It was difficult leaving Athens (see Athens 9 best bits) but there’s just so much more to see.
Stay tuned or subscribe to stay updated with the new stuff

Get it here
PrevPreviousCarpark cooking: Mike’s Marmite breakfast
NextOne year living and travelling in my van – what now?Next

79 Comments
wpDiscuz
23
0
Share your thoughts in the comments below...x